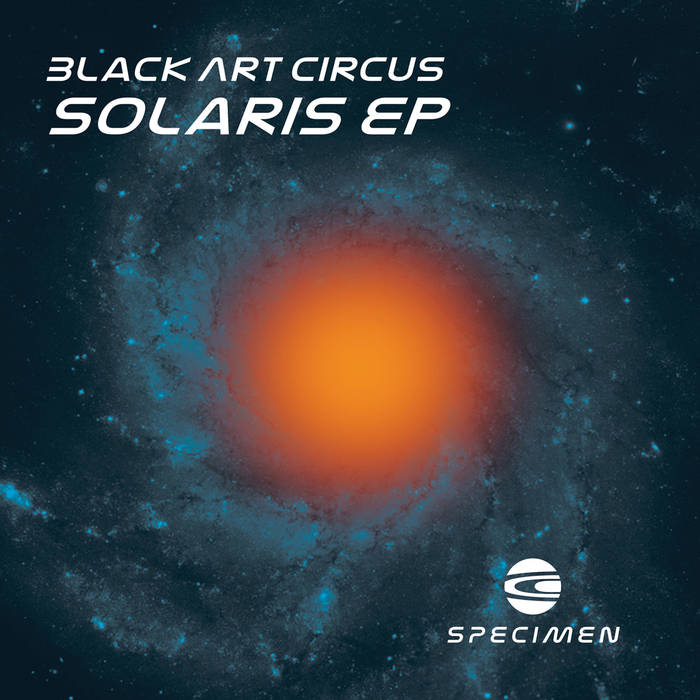 The concept of Solaris is based on Eugene Black's interest in the 1972 film Solaris is written and directed by Andrei Tarkovsky. Black attempts to represent the ideas of mystery and psychological encounters in space reflected through these imaginary landscapes with excursive sounds and textures.
The EP is the launch release for the label and features remixers such as God of the Machine - AKA Derrick Thompson out of Detroit who opens the project with a remix track entitled Quantum, a minimal intro builds into a repetition of melody and quirkiness with its classic stabs and minimal acid lines. This is from a seasoned pro and you can tell as from his well-established GOTM AKA Drivetrain as the force behind Soiree Records Detroit.
Numbercult - AKA Craig Allen, who follows with two different flavours of gritty density; Gravity remix track 2 a fast and heavy Detroit techno floor annihilator that retains a melodic determination and super deep bass. Track 3 Atmosphere is a slower more of a tech-house vibe with vocal stabs, melodic drones and deep bass. Numbercult is currently an audiovisual artist that has also worked under the name rei loci and has had many years of releasing abstract dance music with his concepts revealing a surrealist tone.
Eugene Black presents the next 3 tracks Solaris and its variations; Intergalactic and Starburst, all have a dub vibe. These are not in the purest sense Dub Techno, But a hybrid of Detroit Techno and House if anything is presented as potential soundtracks. The sonic ideas are created in the pursuit of a visual concept that conjures up a sense of deepness, space and traveling through time. These tracks are designed more for closing the eyes, listening and imaginary journey through the solar system. This said its perfect chill-out material for an attentive listening crowd.

Bandcamp Daily  your guide to the world of Bandcamp

New sounds from Mavi, Ivy Sole & Moderator, plus AJ, the One joins the show, for her latest release